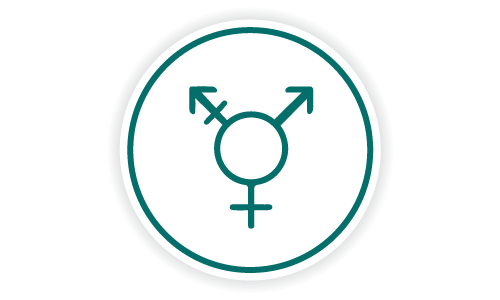 Surgical Services for a New Beginning

Metoidioplasty, or meto, as it is frequently called is a surgical procedure designed to construct a small penis. This is most commonly performed with urethral lengthening so as to allow the ability to urinate while standing. In addition, a scrotum is reconstructed and testicular implants can be placed, most often at a separate surgery.

How Is Metoidioplasty performed?

What Are the Advantages of Metoidioplasty?

Metoidioplasty is less complicated than a phalloplasty (requires shorter operating and recovery times). Additionally, the metoidioplasty typically avoids visible scars on other areas of the body (as occurs with the phalloplasty procedure).

What Are the Disadvantages of Metoidioplasty?

A metoidioplasty procedure does not allow placement of a penile prosthesis. As such, penetrative intercourse may not be possible. A metoidioplasty may be transformed into a phalloplasty at a later date should this be desired.

A phalloplasty is a surgical procedure designed to create a penis. Depending upon the technique, the first stage typically includes construction of the penis and scrotum, often in conjunction with urethral lengthening, if desired. The testicular implants and penile prostheses are placed at a later date, during a separate surgical procedure

How Is Phalloplasty performed?

There are different techniques for phalloplasty. Dr. Schechter performs the Radial Forearm Phalloplasty and the Anterolateral Thigh Phalloplasty (ALT).

What Are the Advantages of Phalloplasty?

Phalloplasty is often combined with urethral lengthening – although it may also be performed without urethral lengthening. The phalloplasty is designed to provide a functional penis, capable of sexual penetration, following placement of a penile prosthesis. Depending upon the technique, sensory nerves from the clitoris and/or groin area may be attached to nerves in the flap. The clitoris is usually concealed beneath the base of the penis.

What Are the Risks of Phalloplasty?

When performed with urethral lengthening, the phalloplasty may require additional procedures to correct urethral strictures (tightening of the urinary tube) or urethral fistulae (openings in the urethral tube). As with any surgery, there may be areas of delayed healing. Uncommonly, the tissue used to construct the penis (flap) may not survive. Sometimes, secondary, revision surgeries may be necessary. Additionally, we recommend that a hysterectomy be performed at least 3 months before the phalloplasty.

The recovery varies depending upon the procedure. Typically, a seven-eight day hospital stay is recommended. You will need to arrive in town 48 hours prior to surgery, and are encouraged to spend several days after discharge from the hospital in local housing which we will help coordinate with you.

What Is Chest Contouring?

Chest contouring, which may also be referred to as top surgery, is a procedure designed to remove breast tissue, reposition the nipple and areola, and shape the chest, sometimes using liposuction.

How is Chest Contouring performed?

Dr. Schechter performs several different types of top surgery procedures, and the specific type of procedure is based upon the individual.

Factors which are considered include:

The surgery is typically performed under general anesthesia, and may be performed on an outpatient basis. A drain is placed on each side of the chest, and a compression wrap is worn for approximately three weeks.

Liposuction may be performed as part of the chest contouring procedure.

We recommend that you limit lifting to less than 10-15 pounds for the first three weeks after surgery. Following this, activity may be increased on a gradual basis. Unrestricted activity and exercise may resume six weeks following surgery.

How Is Penile Inversion performed?

This technique uses the skin from the shaft of the penis and a portion of the scrotum to line the new vagina. The clitoris is created from the tip of the penis. Using this technique, we are able to preserve sensory nerves.

Skin grafts may be required in order to augment vaginal depth. Your pre-operative physical examination will assist with this determination.

The typical hospital stay for gender confirmation surgery is five-seven days. You will need to arrive in town 48 hours prior to surgery, and are encouraged to spend several days after discharge from the hospital in local housing which we will help coordinate with you.

During your hospital stay, we recommend bringing reading material or other personal items to help occupy your time.

How Is Vaginoplasty Performed?

The intestinal vaginoplasty is performed by reconstructing a vagina using parts of the intestine, most often the sigmoid colon. This procedure is typically performed in conjunction with a general surgeon.The procedure involves detaching a portion of the intestine and relocating it to its new position in order to create the vagina.

Dr. Schechter performs an intestinal vaginoplasty using either the sigmoid colon or the right colon.

What Are the Benefits of Intestinal Vaginoplasty?

Advantages of the intestinal vaginoplasty are lubrication provided by mucosal glands. This allows the constructed vagina to be self-lubricating.

What Are the Disadvantages of Intestinal Vaginoplasty?

Intestinal vaginoplasty requires an intra-abdominal operation with surgery to reposition and reconnect the intestines.

What Are the Risks of Intestinal Vaginoplasty?

The most common issues include possible excessive mucous discharge and irritation or bleeding of the new vagina.

How Long Does a Vaginoplasty Take?

The intestinal vaginoplasty procedure requires a hospital stay for approximately five to seven seven days. In addition, you will be on a restricted diet until bowel function returns – typically three to five days after surgery.

Our goal is to help you achieve harmony in becoming on the outside who you are on the inside.